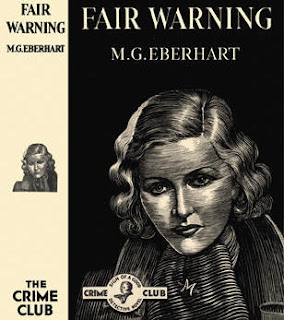 The Godden household:
The Copley household, next door:
And:

Marcia Godden is dreading the return home of her husband, domineering Ivan Godden, after a hospital stay of a month following a car accident. He is now in good health but has a bandaged foot. Ivan is bad to her. She longs for her love, Robert Copley, next door; but has refrained from any sort of affair in loyalty to her marriage.

The Copleys host a dinner party on the evening Ivan arrives home. Marcia dresses and comes downstairs, one of the last to leave. She looks in the library and finds Ivan on the floor, a knife in him. He urges her to pull it out - as she attempts to, he dies. His sister Beatrice Godden walks in to see Marcia kneeling over him, both hands on the knife.

Marcia knows she didn't do it, and believes Robert has done this to get Ivan out of the way. They share that motive, and Robert had penned a love letter to Marcia which is stashed in the library as the police search the premises. Another murder will follow as suspicion points to Marcia.

The signature Eberhart love triangle is set up immediately. Protagonist Marcia is trapped in a bad marriage to a bad man, with much-better-choice Robert Copley lined up right next door. This is classic Eberhart at her best. The descriptions of the household, and particularly the library, are perfect. The case builds against a certain person - but then, that person is murdered also. This has a small cast of characters, and even a loose end at the end (what happened to Ancill?) does not detract from it.