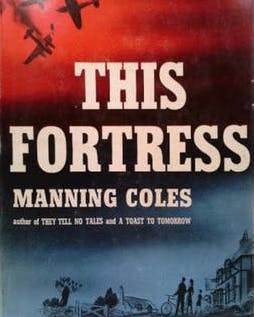 This Death Was Murder by March Evermay (1940)

About the author (from encyclopedia.com): Pseudonym of Mathilde Eiker (1893-1982). As March Evermay, Eiker wrote three detective novels. Like British contemporaries, she minimizes brutality to emphasize motive and intellectual process. In They Talked of Poison (1938), scrupulous, sentimental Inspector Glover patiently solves a murder for a university seminar of expert suspects. In This Death Was Murder (1940), he explains three suspicious deaths despite the jealous quarrels and loyal deceptions of five sibling heirs. A final mystery, Red Light for Murder (1951), ended Eiker's writing career See also this biography.

Locale: East coast of US

Synopsis: We follow the actions of our protagonist, Teresa Haskell. Her mother, Wealthy Marcella Humphrey of the lavish estate Pine Acres has just died as the story opens. Teresa and her four siblings gather for the funeral. It is awkward for them, as their mother had recently remarried - to Erich Humphrey - and had converted to his Catholic faith; of which they are unfamiliar.

After the service, they gather for the reading of the will. They knew each would receive 1/5 of her substantial estate. All are surprised when Marcella's long-time attorney, Curtis Anderson, announces she had made a later will with a different attorney, Richard Hollis. When this later will is read, each of her children now only get $20,000 each, with the remaining $3 million going to her husband, Erich Humphrey.

The shocked siblings discuss whether they should contest the will - and whether she was influenced by Humphrey to make it in his favor. Influence seems unlikely, Humphrey is a kind man of simple tastes, having moved from the estate to a small house and eating beans and bacon every day. His only plan for his windfall is to make some modest renovations to his home to allow him to paint as a hobby.

Humphrey phones Teresa and asks to meet with her to discuss the fate of the Pine Acres estate. She goes to his home and finds him dead of a gunshot wound. While they consider the effect this will have on their inheritance, rumors surface that Humphrey was keeping a mistress on the side. An additional murder throws the inheritance-chain into confusion for the money-grubbing relatives.

Oh, this was a looooong book. It could have been improved by editing it down to half the length. The unnecessary initial story line of the mother being poisoned was abandoned and faded away. After this false start, things slow down. The tedious middle portion of the book (with chapters subdivided into numbered subchapters) examines all possibilities in great detail. We are teased with the Teresa Haskell / Richard Hollis relationship which doesn't go anywhere. The denouement goes into far too much detail. The critical clue which breaks the case is pretty clever though.

Tip for the reader: Anna Humfried and Frieda are the same person. Anna is her real name, Frieda is her stage name. This is not stated anywhere and it took a while to determine they are one person.

Posted by Rick Mills at 4:31 PM No comments: 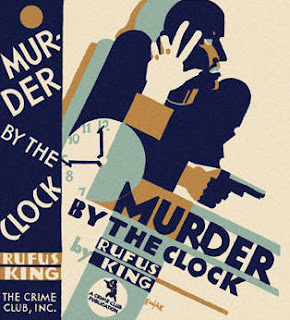 Synopsis: Mrs. Herbert Endicott fears for her husband Herbert's safety, although he has only been gone two hours - but to see his girlfriend Marge Myles. Mrs. Endicott calls the police and Lieutenant Valcour stops in. He looks around and discovers Endicott's body stuffed in his closet, the door closed. Mrs. Endicott takes it quite calmly, as if it happens every day.

Dr. Sanford Worth is summoned to pronounce him dead, and he attributes the death to his poor heart (but if so, how did he get shut in the closet?). Apparently someone startled him, causing his death. They move the body to the bed. Dr. Worth decides to try to revive him with a shot of adrenaline to the heart, which works.

Endicott's old war buddy, Thomas Hollander, is called in to sit at bedside until Endicott regains consciousness. The police keep a close watch, and Hollander produces a stiletto and begins to approach Endicott with it. The police shoot and wound Hollander. Endicott is found dead - again - this time from a gunshot wound. Hollander didn't have a gun, and it wasn't a police bullet, so what happened?

Well, this was my first read of Rufus King, and hopefully not my last. This book is a lot of fun with some crazy happenings, plus exquisite use of language:

"There it was again: that wretched wave of hearsay showing its baffling crest above the placid sea of established fact."

and this one wins the Best Simile award: "Her voice was as disagreeable as the clash of dishes in a cheap restaurant."

The entire story takes place over a 24-hour period, as we watch the authorities deal with an investigation instead of getting some sleep. First the police respond to a call from Mrs. Endicott because her husband has been missing for two hours - plus she knows just where he is - with the "other woman" (try that and see what happens).  Then Endicott is found dead, revived, and murdered all in the space of a couple hours. His wife isn't too concerned about it anyway, just another day. It takes a long time for the doctor to prepare for the "operation" which consists of giving the dead man a shot; and requires a big cast of nurses and others to administer.

It is enjoyable to follow the thoughts of Lieutenant Valcour, whose mind wanders away a lot. He likes to challenge suspects with made-up explanations just to see their reaction.

The ending is quite ironic and enjoyable, and brings up deja vu for the reader.

The "Murder By The Clock" title only refers to the various time stamps on the chapter titles, and has nothing to do with the plot.
Posted by Rick Mills at 10:14 AM No comments: 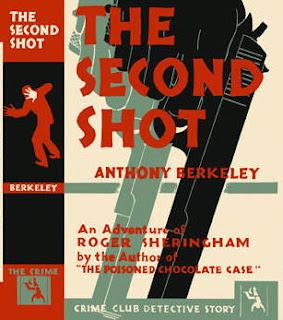 Posted by Rick Mills at 8:00 PM No comments: