The Window at the White Cat by Mary Roberts Rinehart (1910) 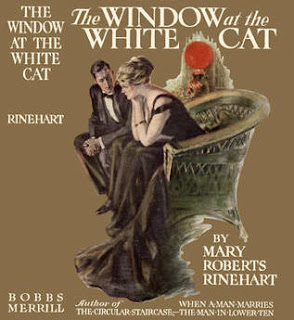 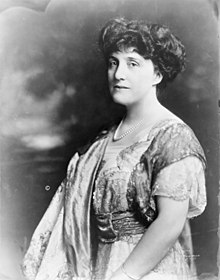 At the Knox's:
At the Fleming's:
At Bellwood:
Al Hunter, a detective
Burton, a newspaper man
Henry Butler, a suicide at the White Cat a long time ago
Henry Schwartz, a party boss
Lightfoot, Allan Fleming's cashier
Robert Clarkson, a suicide
Mrs. Allen Fleming - surprise, a second wife

Synopsis: Margery Fleming comes to attorney Jack Knox seeking help - her father, Allan Fleming, has disappeared. Knox reluctantly agrees, and calls in detective Al Hunter to investigate. Knox is not too concerned about Fleming, as he has been seen around town.

Margery's aunt, Miss Susan Jane Maitland, asks Knox to help her revise her will. Knox goes to her home at Bellwood, and discovers that Jane has disappeared without a trace. At the same time, ten of her 98 precious pearls have disappeared also, apparently a theft.

The two missing persons have left behind notes stating "1122".

Hunter locates Fleming, staying at a local political-drinking-smoking-gambling hideaway called The White Cat. He brings Knox over, they find Fleming has been shot dead just prior to their arrival. Again, an "1122" note is found.

Review:  Mary Roberts Rinehart can write a dark mystery with humor, a rare combination. As the disappearance and mysterious notes mount up, the character list gets longer and longer as new people, mostly relatives, slide into the story. It is obvious there is skullduggery originating with some banking scams, and centered around the sketchy White Cat, which ostensibly is a "political club" but seems more like a frat house. Jane disappears early on, but seems to be forgotten throughout most of the book.

It is satisfying to read a book over 100 years old which still remains a puzzler and a page-turner.