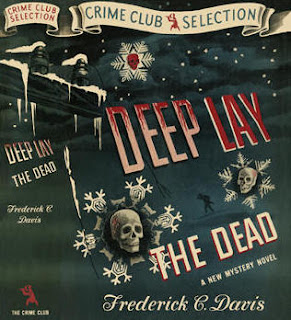 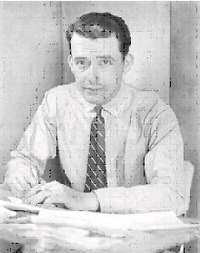 About the author: Frederick Clyde Davis (1902-1977) was an American pulp writer. He was educated at Dartmouth College, Hanover, New Hampshire, and became a professional writer at the age of 22. Davis wrote several novels featuring his series detective, Professor Cy Hatch. He also wrote as Murdo Coombs, Stephen Ransome and Curtis Steele. (gadetection) ( more )

Synopsis: World War II is in progress, and mathematics professor Rigby Webb receives a mysterious call to take a job with a physician, Duncan Chandler, in rural Pennsylvania. He heads there as a major snowstorm sets in.

Chandler, also an expert on codes and ciphers, has turned his home medical office into a secure room to work on a secret government project - creating an unbreakable cipher for war communications. Webb is also an expert on codes and ciphers, having written academic papers on them. Webb accepts the job offer as his assistant. His previous assistant met with an "accident" which no one talks about.

One of the guests is bitter Max Harwick, a famous pianist, who has just lost two fingers after a hunting accident.* Chandler had to amputate them to save his life, but Harwick's career is ruined. Attorney Ross Harwick, his son, wants an out-of-court settlement, but Chandler insists on going to trial to prove his good intentions.

Word comes that an enemy spy is after the secret cipher. A courier is coming to the house with news of his identity. As he approaches, a shot is fired from an upstairs window, killing the courier and causing him to fall into an abandoned quarry.

With the house firmly snowed in, one of the occupants is likely the enemy spy - and a murderer.

This is an enjoyable book, and it is my tradition to take it off the shelf and read it once a year whenever we get a big snowstorm. It never gets old. Suspicion falls on each person in turn. Rigby Webb is an enjoyable character. There is additional drama with a couple of marital affairs, and Rigby always has his own eye on Jill.

This book really, really needs a sketch map of the home. Perhaps the original edition had one, but my Collier edition does not; so I made my own. This fits the text as best I could make it. 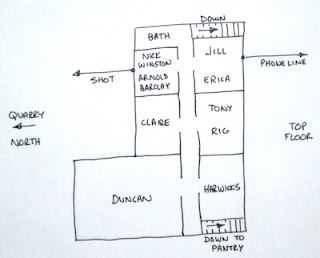 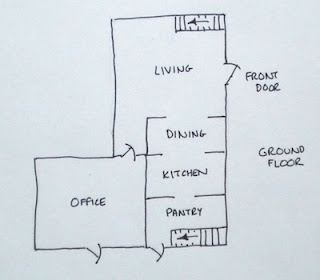 Try to get a copy for your next blizzard. The Collier uniform edition in blue/black binding is much more common than the original printing.
Also see this review by Bev Hankins on My Reader's Block.

* For other mysteries which feature a concert pianist who has suffered a hand injury and is unable to play again, see Five Passengers From Lisbon by Mignon Eberhart (1946) and The Man Who Didn't Mind Hanging by Nancy Barr Mavity (1932).