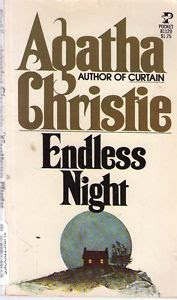 Also see these reviews on The Passing Tramp and My Reader's Block
Posted by Rick Mills at 4:29 PM